The wind power sector, present and future of the Energy Mix 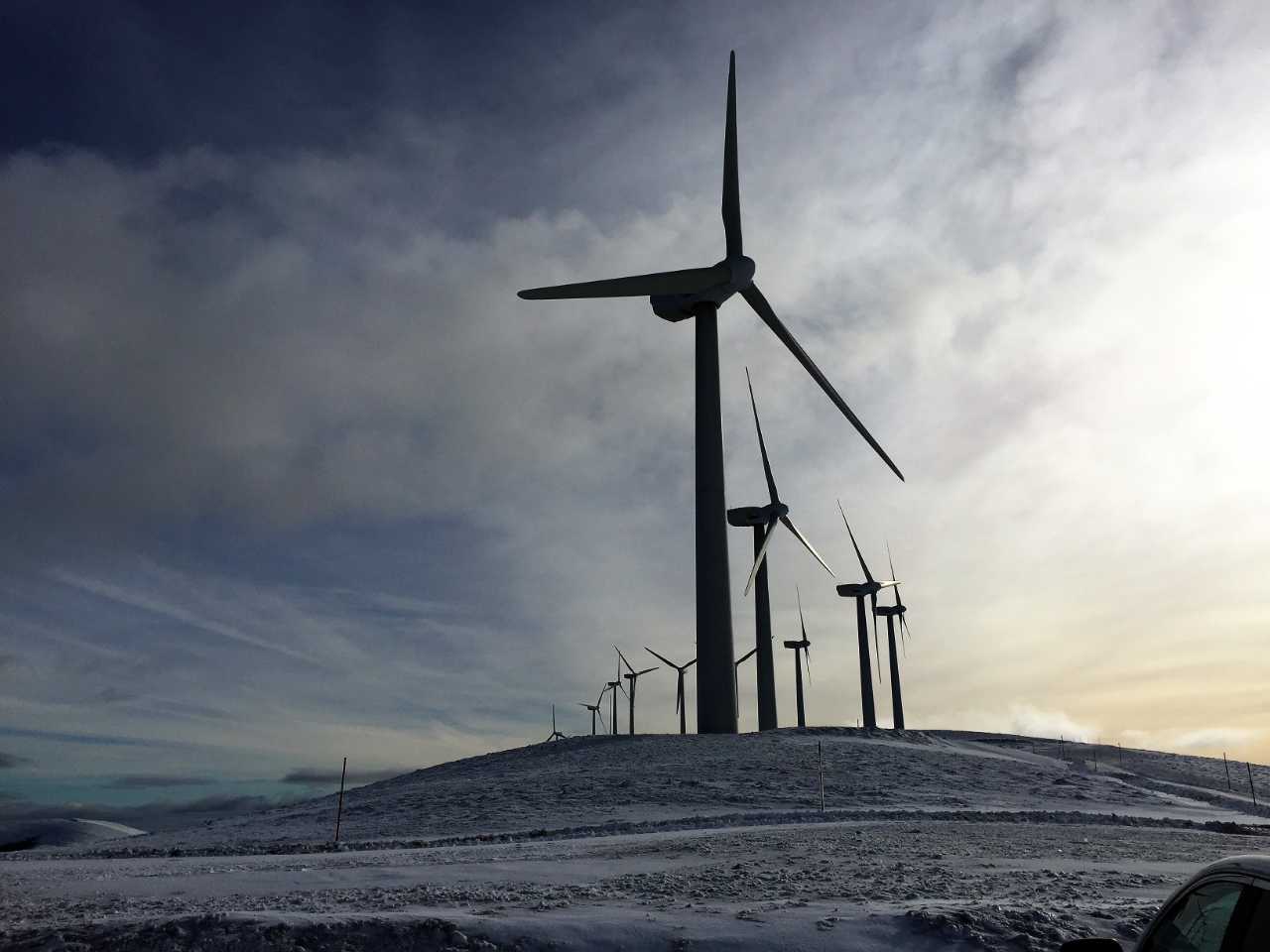 According to Greek mythology, Aeolus was one of the most powerful gods on Mount Olympus: he controlled the Anemoi, the eight winds of the cardinal points, and was so strong that other gods like Hera, Athena or Ulysses regularly asked him for help to conquer their enemies. His importance in Olympus was comparable to the key role that wind power now plays in the Energy Mix: latest-generation wind turbines provide rated power of 3 and 4 MW -double that of the machines currently installed- and are able to work 3,500 hours per year and supply around 10,000 households.

Wind energy is clean, inexhaustible, stable, recurrent and, above all, efficient. It provides more power than photovoltaic, requires less maintenance, and the installation of wind farms is relatively simple. In the last 40 years the technology in the sector has evolved spectacularly, much more than other renewables.

These elements make the wind power sector “the present and the future” of the energy sector, in the words of José María Montans, Director of Operational Excellence in DOMINION, with very good growth prospects worldwide.

There are two types of wind farms. Offshore: installed at sea, with turbines of two types: fixed on the seabed at depths of less than 40 metres, or floating, with their structures anchored to the seabed at greater depths. Floating offshore farmss are less frequent due to their complexity, although there are some examples. From DOMINION we were in charge of the design and construction of the cylindrical platforms where the 11 wind turbines of the Hywind Tampen floating park will be located, 140 km from the Norwegian coast.

The most common modality at present is onshore wind farms, i.e. on land, covering more than 20% of the total energy consumed; in other words, the second most important source of electricity generation in the country. After Germany, Spain is the second European country in terms of installed capacity and the fifth in the world, behind China, the USA and India.

At present, half of the wind farms in Spain and Germany are coming to the end of their working life. This opens up a window of opportunity to renew the turbines and "repower" the wind farms, i.e. replacing existing turbines with others of higher rated power. As Mr Montans explains, the working life of these machines can be extended but this could lead to “performance problems that will jeopardise their efficiency".

“The maintenance of the older equipment is more expensive, spare parts are difficult to find and it is also necessary to have more personnel available to deal with the needs of the machines”

| Director of Operational Excellence at DOMINION

In contrast, repowering -the installation of latest-generation wind turbines- means lower operation and maintenance costs because these turbines are more stable, have lower failure rates and are equipped with more advanced software to improve their efficiency.

Within the sector, DOMINION offers an end-to-end business proposition that covers everything from operation and maintenance to the construction of wind farms. The expertise of its technical personnel has enabled it to enter the sector strongly and provide a wide range of services in the field of energy.

“We offer an end-to-end service that sets out to achieve more efficient operation through innovative technological tools and proactive and dynamic maintenance that adapts to the workload and the age of the infrastructure”, explains Mr Montans.

The proactive maintenance developed by DOMINION applies two coefficients: utilization and maintenance cost, to maximize efficiency. The first determines the exact moment when a part that is about to fail should be replaced, and the second allows the calculation of how much revenue could be lost if the replacement is not done before the part fails.

However, to carry this proactive maintenance technology is also necessary, and this is where the technological core of DOMINION comes into play. The essence of proactive maintenance lies in collecting data, followed by its analysis and later transformation into know-how. “Our value contribution is in that knowledge base. There is an infinite number of data and programs to process them, but we have experts in digital transformation who can create the algorithms required to analyze the data and take decisions that maximize efficiency”, he adds.

DOMINION adds another variable to this know-how: “Our knowledge of operation and maintenance. We know how to do things, we have been doing them for a long time and with all the technologies at our disposal. We use natural language processing to store the data generated by our technicians in all the work orders that have been executed for year, and we use these data to make our future actions more efficient. We also add this knowledge to our SGS management tool and other programs, through which can characterize machine failures and diagnose them to reduce downtime and repair time. It is a clear example of how to improve efficiency through technology and know-how”, Mr Morans concludes. 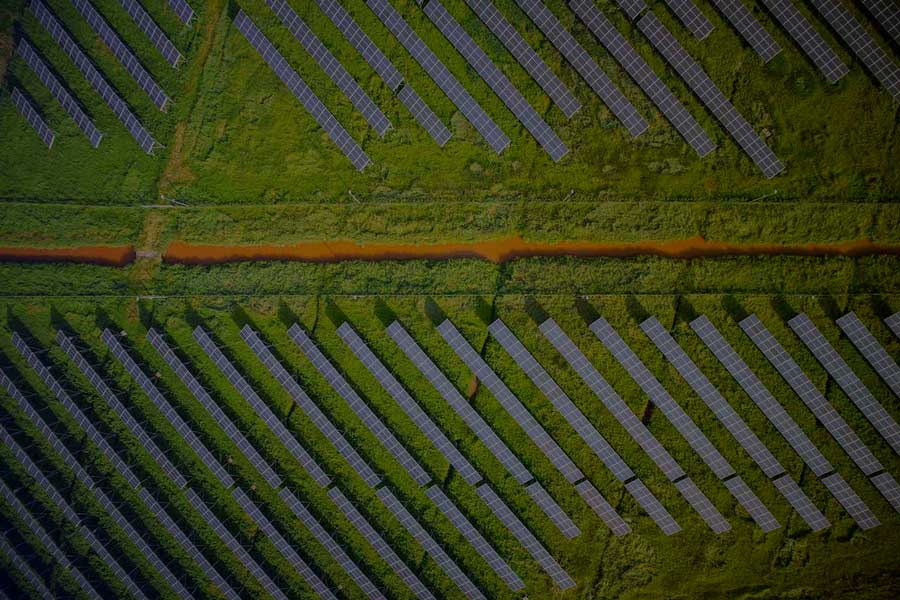 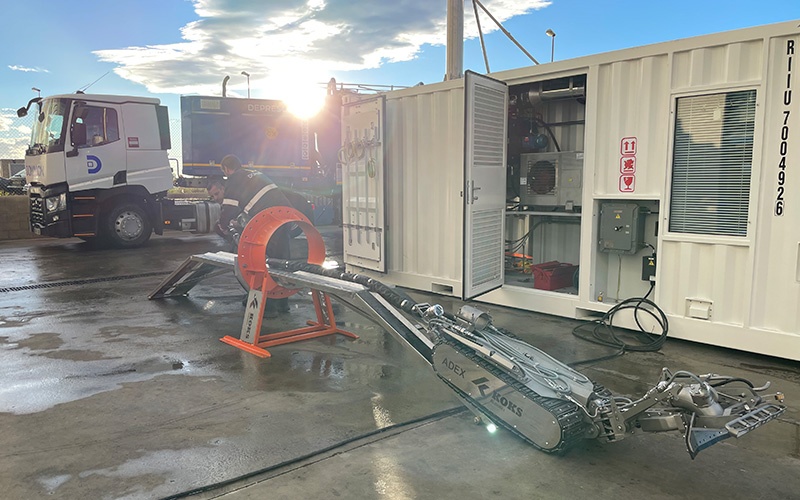